Gymnastics—The “Mother” of All Sports 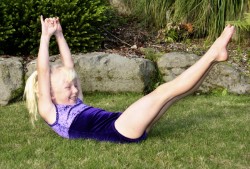 Once again the world watched spellbound as the Olympic gymnasts performed ever-more-daring feats on the beam, the trampoline and parallel bars. From Beijing, the performances of international stars like Shawn Johnson and Daria Bijak gave youngsters around the globe new reason to dream and say to themselves: “To be able to fly through the air, to do a somersault, would be cool!”

And this is a wonderful thought for youngsters to have! Because you don’t have to be an Olympian to benefit from gymnastics. There’s a reason why it’s called “the mother of all sports.” Simple gymnastic exercises form the basics of many other sporting activities and can create coordination and muscle memory that will last a lifetime. We hope this article-aimed as much at youths as at adults-will inform both groups of readers to the lifetime benefits of early gymnastics.

Children jumping on a trampoline will sooner or later dare to do a somersault or to jump up from a seating position into a standing one. Most children who see a tree limb or a beam will be tempted to balance on it. And the monkey bars on a playground will lure children to climb or to hang from them. In a very natural way these simple gymnastic exercises create a muscle movement pattern and at the same time arouse the child’s ambition to try and master new movements.

Consider adults who want to learn skiing, snowboarding, surfing or skating. They have less risk of falls, injuries and sore muscles if they’ve done gymnastics as a child. Our brain stores movement patterns in so-called engrams which the nervous system can access continuously during our development.

With the learning of gymnastic skills comes the acquisition of general motor skills which are inherent in many other sports. If these basic movement patterns are not acquired at an early age, all other learning processes will be much harder. As early as pre-school, children are ready for gymnastics. There will always be room at home or in the garden for forward and backward rolls, hand or head stands, cartwheels and pull-ups. Trying to reach your toes with your fingertips is a simple gymnastic exercise which can be easily performed-with quickly measurable success. From that beginning until the age of 10 to 12 years, all the important gymnastics movement patterns can be learnt and perfected more easily and can form the basis for almost every other sport.

The benefits of gymnastics are enormous: The sport increases the ability to balance, it also develops good posture. It contributes to the child’s general strength and stability during his or her physical development and promotes agility, flexibility and ability to respond. Above all, however, children gain an awareness of their body in a fundamental way found in no other sport.

In gymnastics, the body is constantly changing its direction and pace. In the process, the interaction of inner and outer forces and the spatial orientation enhance coordination skills as well as the ability to concentrate. Movements such as climbing, hanging, rolling, jumping, dangling, and “flying”-which come naturally to  most children-are gymnastic elements that aid in the acquisition of motor and cognitive skills. They incorporate the so-called ‘crossover’ across-the-body axis and support the cooperation of the left and the right sides of the brain. The left side is responsible for analytic thinking, language and logical processes while the right side influences holistic thinking, creativity, spatial orientation, visual imagination and emotions.

Children can be easily inspired to become active and to take part in sports. But for children living in a city, exercise patterns have changed due to urbanization, heavy traffic, constricted living space and tempting television programs and video games. Open spaces for physical activity and opportunities to run, jump, climb, slide, seesaw or swing are sometimes very limited. Therefore it is even more important that urban parents make an effort to find sports and exercise facilities for their children. (*Please see note below.) It should not be too difficult to find a certified gymnastics club or recreational gymnastics group in your area. There you should be able to find a great range of equipment: benches, ropes, wall bars, climbing bars as well as still rings, parallel and uneven bars, balance beams, vaulting horses, trampolines and high bars. If a child displays extraordinary talent, parents should be supportive and consider letting him or her join a club with more advanced opportunities

Gymnastics is an individual sport. However, you train and experience the sport with others. By exercising together children learn gymnastics in a playful manner. Failure and disappointment are quickly forgotten in a group and success is achievable more easily in a common effort. Children learn that helping each other leads to successful completion of an exercise and that even difficult gymnastic elements can be accomplished together.

Assisting others is of fundamental importance in gymnastics-no matter at what level. Children gradually learn to support and trust each other. (Nevertheless children should always be supervised by an adult when exercising).

Few sports boast the long tradition of gymnastics. In America and Germany, gymnastics history is closely linked through common roots. As long ago as 1793, Johann Friedrich Gutsmuths published the book “Gymnastics for Youth” in Germany which was later translated into several other languages. Friedrich Ludwig Jahn (1778 – 1852), who is still considered Germany’s “Father of Gymnastics,” became even more well-known. The major gymnastics event he founded is still being held annually and-with thousands of participants-remains enormously popular. It was Jahn who developed the parallel bars, the beam and the rings as gymnastic apparatus. His reputation spread to America and Harvard College tried unsuccessfully to lure him to the United States. Instead the American gymnastics pioneer, Charles Follen, took over at Harvard in 1825. The American gymnastics movement gained further momentum through German immigrants who relocated to America after the German Revolution in 1848/49. Amongst them there were many gymnasts who had been politically active in Germany, who emigrated after the failure of the revolution and who influenced the development of gymnastics in their new home country significantly. Thanks to all these visionaries, gymnastics is now widely available to all of us-both parents and youngsters.

* Take The Magic Step wants all parents to make sure that they find a qualified instructor. Make sure that your instructor has a Safety Certification from USA Gymnastics which is the sole national governing body for the sport of gymnastics in the United States. Ask your instructor for other USAG qualifications as well.

Take The Magic Step staff writer Piet Könnicke is a freelance journalist based in Potsdam, Germany, father of an 11-year-old son, and a lifelong runner. 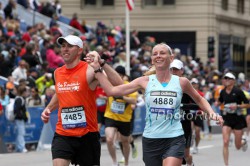 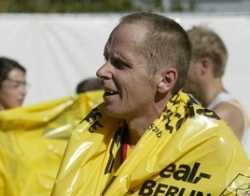