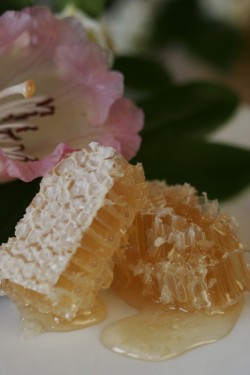 Many people substitute sugar with artificial or natural sweeteners to cut down on calories. Certainly, the idea sounds tempting—food with a lower calorie content or no calories at all that helps not putting on weight, but allows eating and drinking all the “sweet stuff” guilt-free. But does it really make sense, and is it safe? A strong debate surrounds this topic.

Artificial sweeteners have been around for more than a century. The first was saccharin. When working with a coal tar derivative, the scientists Ira Remsen and Constantin Fahlberg of the John Hopkins University discovered saccharin in 1879 unintentionally. According to Fahlberg, he had failed to wash his hands after working with the substance and later that day, while eating, he noticed an unusual sweet taste of his food. Fahlberg then traced the source by licking his hands and by testing what he had worked on that day.

A fifth one that is approved by the FDA but not yet available is Neotame. Furthermore, held in abeyance and under review by the FDA since 1982 is the artificial sweetener cyclamate.

Artificial sugar substitutes are much sweeter than sugar. For that reason, only small amounts are necessary to achieve the same degree of sweetness. They provide little or no calories. The table below provides the degree of sweetness as well as the ADI (acceptable daily intake) levels set by the FDA and some practical examples.

Artificial sweeteners—individually or as a combination of different sweeteners—are common ingredients in thousands of foods (e.g. baked goods, pickles, gum, puddings, salad dressings, jams, canned fruits, etc.) and drinks, making it easy to consume high amounts of these sugar substitutes in just a single day. Because there is so much use of artificial sweeteners everywhere, are there any safety concerns?

The widely used sweetener aspartame is probably the most debated among the artificial sweeteners. Since its FDA approval in 1981, many claims about possible toxic and carcinogenic effects have been made.

For example, a review(2) published in 2007 in the European Journal of Clinical Nutrition looked at the effects of aspartame on the brain. The review indicates that very high intakes of aspartame, which is broken down in the body to the components phenylalanine (50%), aspartate (40%) and methanol (10%), may affect mental health as well as learning abilities and emotional functioning. The authors of the article urge further testing and research.

Despite the fact that further research is necessary to prove aspartame’s possible carcinogenic effects, just the suspicion and all the reported side effects should be reason enough to stay away from the substance, don’t you think? Even if your diet includes only small amounts of aspartame or any of the other artificial sweeteners, they may be hard for your body to detoxify. You could not only stress your system (liver, kidneys, bladder), but you might also put yourself at risk for potential long-term health problems.

Are You Really Saving Calories?

Potential health risks aside, artificial sweeteners have come under increasing scrutiny for a much different, rather unexpected reason. Recent studies raise doubts whether these low- or non-caloric sweeteners are really effective for the much-advertised weight loss or weight control purposes. In fact the studies indicate that artificial sweeteners might actually promote weight gain.

In February 2008, for example, Behavioral Science published a study(3) from Purdue University in which rats were fed plain yogurt containing sugar or an artificial sweetener (saccharin). The rats fed the saccharin-containing yogurt ate more, had a higher body weight and more body fat than the rats fed with sugar-containing yogurt. The researchers theorize that artificial sweeteners break the connection between sweetness and the expected high-calorie content of a particular food, changing the body’s ability to regulate food intake, which in turn leads to overeating.

The team also made an astonishing discovery when they measured the rat’s core body temperature, which usually rises after eating. The rats that ate glucose had a higher rise in body temperature than the ones who ate saccharin.

What does that mean? Because of the increase in metabolism, the “real sugar” group now burns more calories from any incoming food while the “fake sugar” group burns less. This could ultimately lead to increased weight gain.

A March 2008 publication by researchers at Duke University(4) in Neuron may offer some insight. Researchers found in this study with mice—lacking the ability to taste sweetness—that the brain’s dopamine-reward system responds to the caloric value of sucrose (sugar), but not to the artificial sweetener (sucralose).

In a news release coincident with their report, the researchers stated the following regarding their findings: “A mismatch between artificially sweet taste and zero calorie content may lead to some kind of rebound eating that may in part be explained by these results: the brain is wired to respond to both calorie content and sweetness.”

The University of Minnesota(5) published in January 2008 a study in Circulation: Journal of the American Heart Association that analyzed the diet of 9,514 people. They found, among other things, that diet sodas were significantly associated with an increased risk of metabolic syndrome. According to the American Heart Association a metabolic syndrome can include abdominal obesity, higher blood pressure, decreased HDL levels and high LDL levels. Other potential consequences are insulin resistance (the cells’ ability to respond to insulin and therefore to uptake glucose is decreased, so the body is forced to produce more insulin to remove glucose from the blood stream) or glucose intolerance (a pre-diabetic state in between normal glucose tolerance and diabetes).

All in all, artificial sweeteners might not only bear possible health risks but also may cause a higher food intake and may promote a higher body weight. We recommend trying to cut them out of your diet as much as possible. Because artificial sweeteners are used in so many packaged foods and drinks, it’s essential to take the time to study ingredient labels at the grocery store.

Another kind sugar substitutes are the sugar alcohols that naturally occur in fermented foods, fruits and vegetables (e.g., xylitol, sorbitol and mannitol). Their degree of sweetness ranges from half as sweet to just as sweet as sugar, and they often can be found in chewing gum and sugar-free candy. Sugar alcohols are lower in calories and do not elevate blood sugar as much as table sugar, as they are more slowly and only partly digested. The unabsorbed fractions of some sugar alcohols are fermented by bacteria in the large intestines. This may cause gastrointestinal problems such as gas and diarrhea when consumed in larger quantities. Therefore, their use should be limited. However, one sugar alcohol, known as erythritol, the substance contained in “zweet,” does not cause gastrointestinal problems when consumed in moderate amounts. The difference between erythritol and other sugar alcohols is derived from its much smaller molecule size. Over 90 percent of erythritol is absorbed in the small intestine, mostly not metabolized and then excreted unchanged in urine.

Stevia(6) (stevia rebaudiana) is another known natural sugar alternative. This sweet herb belongs to the asteracea family. Stevia is a non-caloric natural sweetener alternative used by South American cultures for over a thousand years, and is widely used in Asia as well. Its sweetness is derived mainly from so-called steviosides, which are about 250 to 300 times sweeter than sugar. In the U.S., stevia is not approved as a food additive, but it is allowed as dietary supplement.

However, the use of any sugar substitutes may encourage unfavorable eating habits. You might feel much more tempted to eat non-nutritive and unhealthy foods. You might even adapt to an overly sweet taste that spoils the taste of deliciously naturally sweet foods such as berries, pineapples and mangos. Also to many people—including us—artificial sweeteners taste a little strange and are not as pleasant and emotionally rewarding as real sweets.

If you would like to sweeten something, you might be much better off with a little maple syrup, agave nectar or honey. Use them sparingly, and over time your taste buds will become more sensitive again.