Tens of Thousands Turn Out to Celebrate the BolderBOULDER 10K 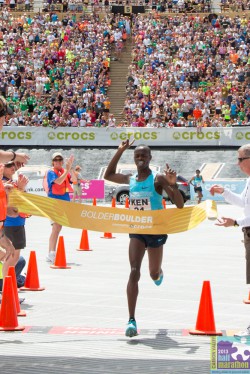 Every Memorial Day since 1979 runners from every corner of the world have taken to the beautiful streets in the high altitude of Boulder, Colorado (5,430 feet above sea level) to compete in one of the largest road races in the United States: the BolderBOULDER 10K. And this year it proved as popular as ever, with more than 48,000 runners registered.

For the second year in a row Kenya’s Allan Kiprono made it look easy despite warmer-than-usual conditions with temperatures starting at 74 degrees Fahrenheit and then climbing quickly during the race. The 23-year-old, who is a member of the KIMbia team and coached by Dieter Hogen, raced to victory in 29 minutes and 28.79 seconds after making his decisive move near the end when he surged to the front of the pack. No one countered and he crossed the finish line 8 seconds ahead of second-place Belete Assefa of Ethiopia. Third place went to Birhanu Gedefa, also of Ethiopia in 29:45.11.

“It was another hot day in Boulder, so nobody was interested in a very fast pace,” Allan told Take The Magic Step® afterwards. “But I am very happy to win for the second year in a row.”

In the men’s International Team Competition (scored based on top team finishers from each country) rivals Kenya and Ethiopia dueled for victory with Kenya coming out on top. Ethiopia was second and Team U.S.A. was third. 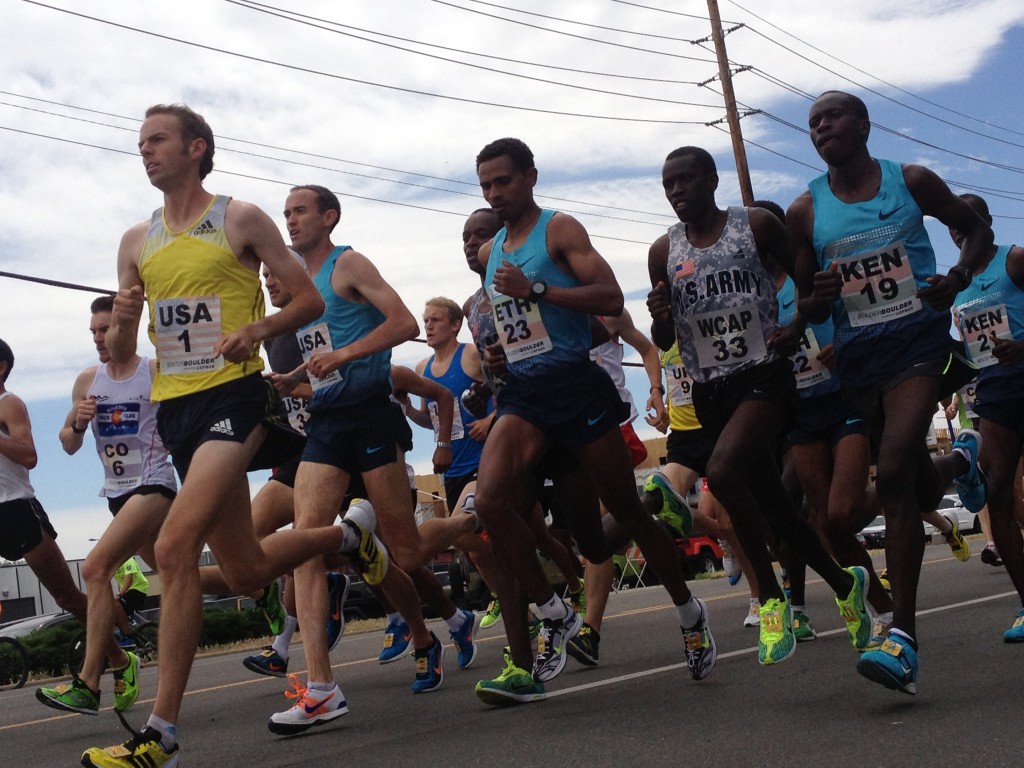 “My win is even more exciting because our team could beat the Ethiopian runners and win the men’s team competition,” Allan admitted.

Meanwhile in the women’s race, Ethiopia’s Merima Mohammed broke the tape first inside the University of Colorado’s Folsom Stadium. The 20-year-old BolderBOULDER debutant prevailed in 33 minutes 58.79 seconds after seizing the lead at the 4-mile mark. Fellow Ethiopian Amane Gobena was runner-up in 34:08.39. Mexico’s Madai Perez Carrillo finished third in 34:15.78.

In the women’s International Team Competition, Ethiopia placed first with Mexico and the United States taking second and third respectively. Leading the charge for the Americans was Olympic bronze medalist Deena Kastor who took fourth overall. Deena was recently named to the U.S. marathon squad that heads to Moscow for the IAAF World Championships in Athletics this summer. 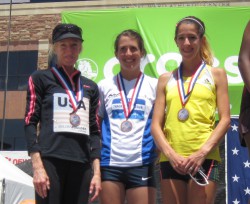 Long before the likes of Allan Kiprono showed up on the scene, American Ric Rojas won the inaugural race back in 1979. He was back this year as a top-class coach: Ric has been organizing a free 10K training program to runners from the Broomfield, Colorado-based White Wave Foods Company.

Elite results and former BolderBOULDER champions aside, there was plenty of excitement and positive energy on the scenic course and in the stadium. In a special tribute after the race, organizers remembered the victims of the Boston Marathon attack, which took place just six weeks before.

Take The Magic Step’s Uta Pippig participated in the “citizen’s race” for non-elites in the morning, which was won by Jeremy Freed (30:58.28) in the men’s competition and by Lidia Simon (34:05.70) in the women’s race. 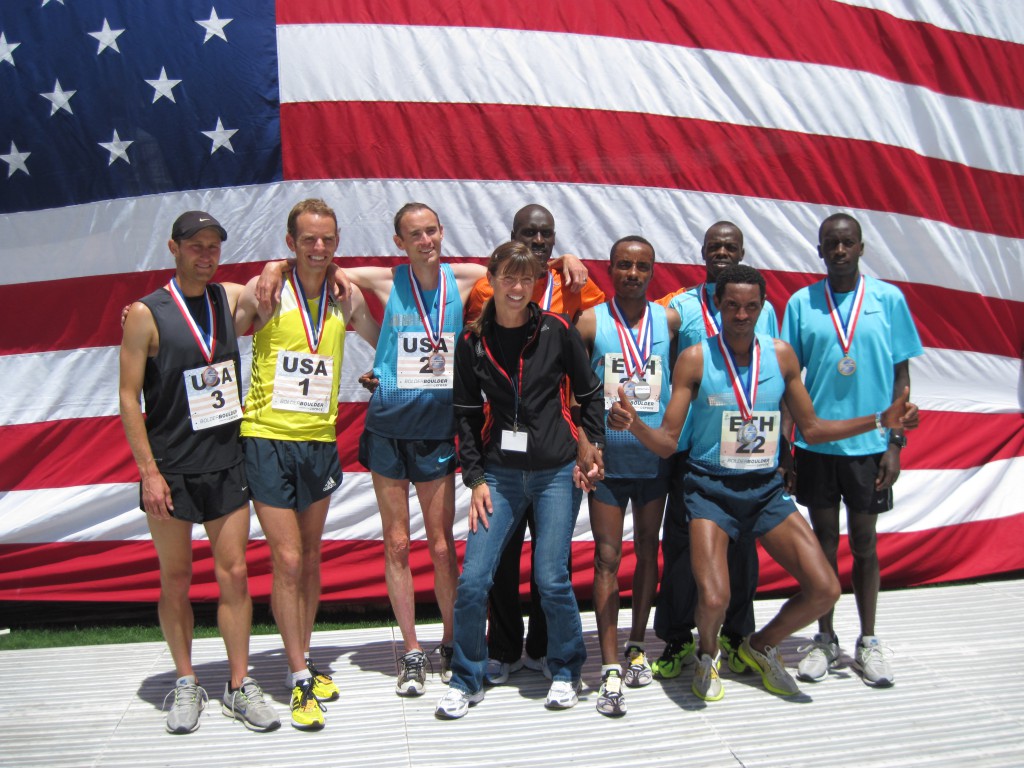 “It was my first 10K since my hamstring surgery last summer,” Uta said. “I was not at full strength yet but I am coming back slowly and I’m happy I had so much support out there.” She observed the wonderful atmosphere both during the race and afterwards. “At the people’s race we had fantastic weather for running,” Uta recalled. “It was exciting to be with my friends out there on the course running in memory of Boston. I noticed that many youngsters participated as well, ready to take over the future of our sport. And, of course, to follow the team competition and to see the Kenyan men’s team win and both American teams come in third gave me chills. We had a lot of fun and I want to congratulate them for a fantastic race today.”

Finally and importantly as well, there is so much going on around the time that the BolderBOULDER is held that entails simply giving back to the community. 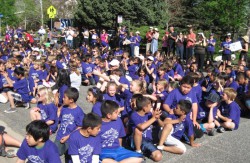 At the start of the 36th Mile Marathon. © Uta Pippig

Ten days before the race, Uta joined some of the BolderBOULDER elite athletes and hundreds of children from the Columbine Elementary School to complete the Mile Marathon. Before running the one-mile race, children showed up with a pair of shoes that they donated to One World Running—an international program that provides running shoes to those in need.