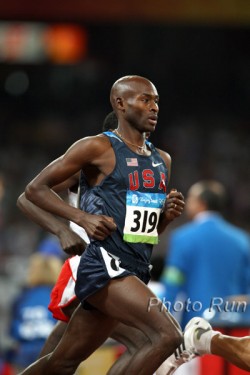 The world record holder Kenenisa Bekele (Ethiopia) and the world champion Bernard Lagat (USA) reached the 5,000m final on a day without finals in the middle- and long-distance events. In what promises to be a spectacular race on Saturday, joining Bekele, who has already won the 10,000m gold in Beijing and Lagat, are the Kenyans Eliud Kipchoge (2003 world champion), Thomas Longosiwa and the fast finishing Edwin Soi (winner of the IAAF World Athletics Final 2007).

“I’m happy to have won,” said Lagat. “That wasn’t the plan, but as I was running, I thought, ‘Why not? I’ve shown my fans that I’ll do my best to win a medal. I know there’ve been a lot of questions asked about what I would do having gone out in the 1500m. Now I’ve shown people. My goal is the 5,000m gold.”

Apart from the semi-finals of the 5,000m, the qualifying rounds of the 800m were also on the schedule in Beijing’s Olympic stadium. All the favorites reached the second round, which will take place on Thursday. The Kenyan Wilfred Bungei, fifth in the Olympic final four years ago in Athens, had the fastest qualifying time with 1:44.90. He won over the Russian defending champion Yuriy Borzakovskiy (1:45.15). The favorite for the gold, Abubabker Kaki (Sudan), won his heat in 1:46.98.