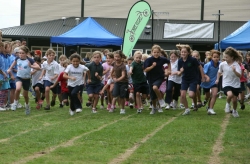 A Day to Honor Children, Their Spirit and Youth

“Just a few small changes in a family’s routine can make all the difference to a child’s health.” – Uta

The Take The Magic Step™ team loves children—all children, from every part of the world! We encourage you to join us in celebrating International Children’s Day, held in the United States, Germany and around the world on June 1.

Children’s Day has its origin in the World Conference for the Wellbeing of Children, held in Geneva, Switzerland in 1925. It is unclear why June 1 was designated as International Children’s Day. One theory has it that the Chinese consul-general in San Francisco gathered a number of Chinese orphans to celebrate the Dragon Boat Festival in 1925, which happened to be on June 1 that year, and also coincided with the conference in Geneva. Some countries have created their own date to celebrate Children’s Day. Whatever day it’s held, it’s always about fun, honoring the children and their importance to us as a community and a society. 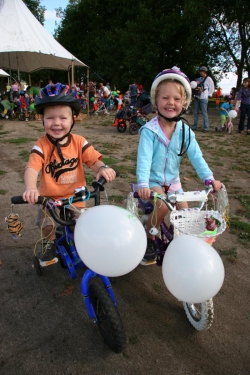 Uta and Piet Könnicke, who writes “Dad’s Corner” and frequent articles for our Young People program, recall that National Children’s Day in former East Germany was celebrated nationwide by the kindergartners and schools with much revelry and festivities. Special after-school activities were arranged in the school yards with sport games and other athletic challenges, as well as playful activities like crafts, painting in special booths, picnics and singing. It was a great “get together” where children could have a magical, happy time. The parties would continue into the evening with camp fires and disco parties for the older kids. “They ran late into the evening—later than normally allowed,” grins Uta.

There was also a nationwide ceremony developed by the government and the department of education to recognize and honor the most gifted and hard-working children in music, arts, sciences and other academics. It was a day to honor the country’s children, their spirit and their youth.

As the daughter of two doctors, Uta has been committed to a healthy lifestyle since childhood. Part of her message to parents is that just a few small changes in a family’s routine can make all the difference to a child’s health. Of particular concern is the epidemic of obesity in children and the lack of exercise in their daily lives. One in five children in the U.S. is overweight, and, consequently, at greater risk of developing health problems like type-2 diabetes, high cholesterol, high blood pressure, liver disease and asthma. Reinforcing this dangerous trend, widespread budget cuts in our country’s educational institutions leave many children with less than one hour of physical education per week.

As part of the Take The Magic Step Young People program, Uta travels frequently to speak to children and to help parents and educators learn creative ways to incorporate healthy habits into kids’ busy lives. Eating well-balanced meals and snacks, trimming TV time, increasing time for physical activity, beginning a running or swimming program—all of these activities build the wellbeing and confidence of children. Uta also meets with high school and college cross country teams to share her passion for running and to discuss vital aspects of the sport like motivation, training routines and how to prepare for a race.

Because we believe that children are our future, Take The Magic Step is devoted to honoring all children, and for all children to feel loved and valued. Uta works to promote many aspects of child health through her charitable work with such organizations as Dana-Farber, the South Boston Neighborhood House and the Run for South African Children. Uta says, “Really, we should make every day Children’s Day! Except, maybe we leave out those celebratory cookies!”

This article was written by Take The Magic Step® staff writer Lynne Eppel, who lives in Boulder, Colorado.