The Fit Life: Running as Freedom 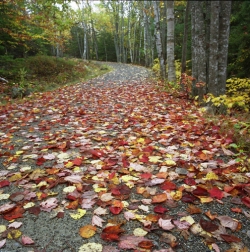 After all, running has made me freer than I ever could have imagined when I started in 1979, at about the age of my would-be drill sergeants. Consider just that day’s run. It followed a typical work day of deadlines, phone calls and dozens of this-needs-your-immediate-attention e-mails. Rather than being yet another task on the day’s to-do list, the run was a release, a time to explore, as far as possible from the regimentation implied by “Hut, two, three, four.”

How far would I run? Depends how I felt. How fast? Same answer. Where would I run? That, too, I would decide once I got out there. Maybe I’d like to head over toward the path cutting through the vegetable farm, and check on the progress of the tomatoes and corn I’d be eating in a few weeks. Or maybe I’d like to run by the water, gulping in salty air, charging up a cinder path atop an ocean cliff, looking out on an expanse of sea untouched by human activity. Or maybe it would be a good day to flit through the forest, surrounded by the smell of ancient evergreens, the sound of woodpeckers and the sight of nobody else for the next little while.

What would I think about? Nothing and everything, and everything in between—a snippet of a song I listened to three days ago, a better way to phrase that last e-mail I sent before running, how good the soft earth felt under me, how tasty the dinner I would make when I got home was going to be, the funny story Dan told me the last time we ran together, what I might run in my next race, where to go out for a drink the next night, what to do about the dog’s limp, who to buy my next CD from, when to come up with a good excuse for not having mowed the lawn. And, of course, how different my run was from the joylessness, obligation and masochism assumed by the kids’ “Hut, two, three, four.”

I also thought that it’s a shame the kids couldn’t somehow see what was happening inside me. After returning home an hour later, I was more energetic, friendly, calm and content than I’d been all day. All the vines and weeds that had grown around my mind during the day had been cleared, allowing a liberating clarity of perception. Too bad, I thought, that I couldn’t bottle that feeling and hand it to them, so that they would see that during my run I’d acquired the same mood enhancement as they would from the beer they probably wish I would buy for them.

Back home, stretching on the floor, I had a final thought about the kids: When I was their age, I was one of them, hanging out with the gang, doing whatever anyone else did, bored, unaware of anything better to do. By chance, I tried running a few miles in gym class one day, and was immediately hooked. It wasn’t just the freedom of a given day’s run that appealed to me, although that antidote to teen ennui would have been more than enough to draw me in. Within just a few months of starting, I realized that running was making me free in a broader sense. The more I ran, the less I cared about cliques and fads, about what and who was cool, and the more I started learning what was important to me and how to live to attain it. The person I am today has as its seed that 15-year-old who found something he loved, and used it to explore himself and the world.