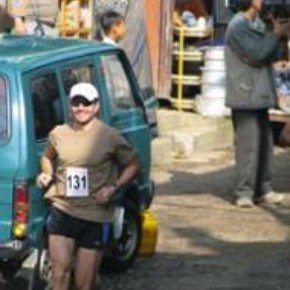 “There are few projects that combine fitness, charity, and a positive outlook on life. I am honored to be part of the Take The Magic Step team.”

Duncan Larkin joined Take the Magic Step® in September 2008 as an editor of the Running Stories. He is a freelance journalist who has interviewed over 60 world-class runners and coaches for numerous running periodicals and Websites. He has been published in Running Times, Marathon and Beyond, Runner’s World, and Competitor.com. Duncan, now 43 years-old, lives in West Chester, Pennsylvania with his wife and three children. Besides writing and marathon running, he enjoys painting and practicing his German.