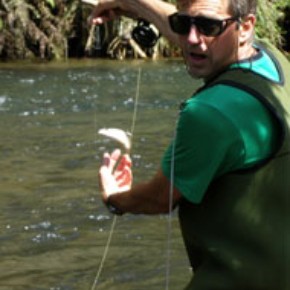 Senior Nutrition and Exercise Contributor I Editor I Translator

“Take The Magic Step is simply an awesome concept. I enjoy its unique set up and its goal to help people.”

Since the 1980s, Dieter Hogen has been one of the most renowned and successful distance coaches in the world. We are honored to have him as our resident “coach”, nutrition expert and a member of our Foundation’s board of directors. Early in life, Dieter was schooled at Potsdam University in Physical Education, Coaching and Philosophy. Combining this university training with his own scientific interest in sports nutrition, Dieter created his own training and nutrition regimen which changed the elite athletes’ training paradigm forever.

Dieter emerged on the international elite running scene in the late 1980s and began a career that has produced many champions, some of them ranked #1 in the world. His runners include Uta Pippig, the dominant female marathoner of the 1990’s, Boston Marathon Champion Timothy Cherigat, Chicago and London Marathon Champion Evans Rutto, and Stephen Kiogora as well Ben Maiyo who are considered among today’s top runners. With his company KIMbia Athletics, Dieter and his partner represent several international elite athletes.

Dieter is part of our team since the beginning of this Website and contributes with articles in our Take The Magic Step core values: Training & Exercise, Nutrition, and Health Management. He is also translating and editing. When he is not coaching, you will find Dieter enjoying many styles of exercise, or relaxing while fishing, watching films, reading, and delighting in fine food.

How Take The Magic Step® has affected Dieter’s life:
“It keeps my life exciting! Being in a great and challenging partnership pushes me to keep educating myself to stay on top of the latest research into nutrition, health, and longevity.”